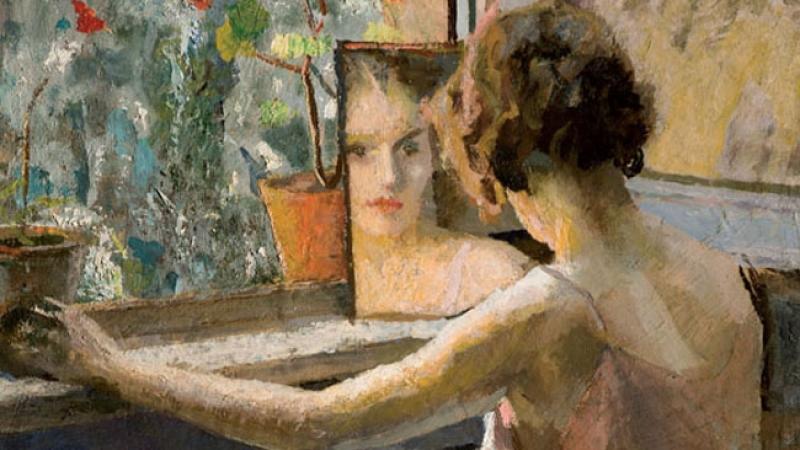 WOMEN. Female-focused stories in the painting of the 19th century and the first years of the 20th. An exhibition in the exhibition rooms of Villa Borromeo d’Adda in Arcore, finally reopened and restored to its splendor after more than twenty years of closure. The exhibition itinerary presents pieces coming from private collections of the territory signed by important artists of the epoch: Francesco Hayez, Tranquillo Cremona, Mosè Bianchi, Pompeo Mariani, Federico Faruffini, Federico Zandomeneghi and Emilio Longoni. An investigation on the women’s conditions between the 19th and the 20th century, that narrates the daily life of women and how in these years greater emancipation had been conquered.

The exhibition, curated by Simona Bartolena, is inspired by the presence of the amazing sculptural group of Vincenzo Vela, dedicated to Maria Isimbardi, the young wife of Giovanni d’Adda prematurely passed away. From that moment, the Villa was nicknamed La Grande Dama (The Great Dame).

The itinerary starts from the romantic period, when the woman’s figure assumed a melancholic and tormented identity, to later move to realistic painting; here we have also proposed a comparison between the different artistic perspectives of the time: the more narrative one of romantic painting, in which female peasants and women of the people are represented in an idealised way, and the realistic one, which is instead merely interested in the output of the light and the colour spots of the macchiaioli painting. In the 60s of the 19th century, subjects from the Risorgimento were also appreciated (wives or mothers waiting for the return of their husbands or sons) or those dedicated to forced monastic vows.

In a context of inferiority of the female figure, the Scapigliatura movement has an important role: only in the paintings of this movement we begin to see a femininity that expresses a seducing beauty, often suggestive. The woman appears more uninhibited and freer and from here we move to greater emancipation and modernity: seducing nudes and stronger and more complicit looks, despite a masculine way of portraying her remains.

Despite the exhibition being a homage to femininity, all the pieces present are of male artists until the conclusive work of art La sigaretta (The cigarette) painted in 1934 by Carla Maria Maggi.

Carla Maria Maggi (1913 – 2004) is a painter of the beginning of the 20th century who, unfortunately, such as many other artists of history, did not have the possibility of painting because of her husband.

The decision to close the exhibition with this piece is quite significant and leads us to a reflection: to be able to make their way in the art world, female artists have to wait until well into the 20th century.

Art speaks and narrates many aspects of the society of different epochs and cultures, of what is depicted but also of how the subject is perceived by the artist. The objective of this display is thus that of narrating the daily life of women and the way in which the artists observed and depicted them in the Italian 19th century – a pivotal point towards modernity – leading to a reflection on women’s emancipation which results of great actuality.