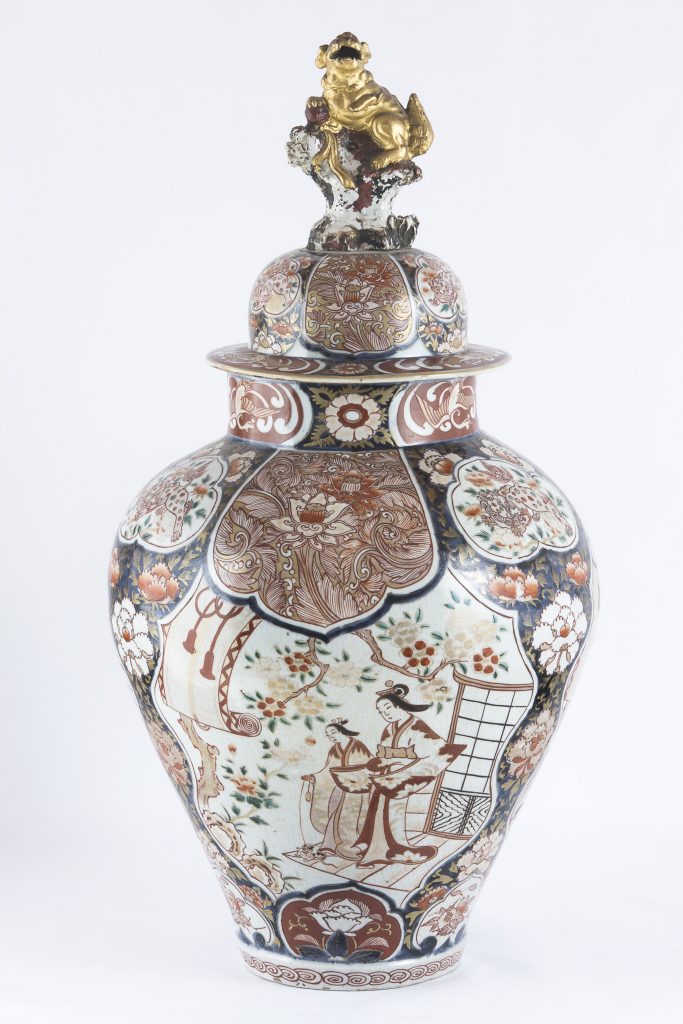 The Imari porcelain from the West to the East

The Imari porcelain is a type of porcelain initially produced in Japan, which rapidly spread in the rest of the East and in Europe for its preciousness and elegance.

Historical background on the porcelain

Before everything, it is good to be reminded that the Oriental were producers of porcelain a thousand years before the Europeans. Everything was born with the Chinese word kao-ling, which is “high hill” then made closer to French kaolin, which is our kaolin.

It is aluminum’s silicate hydrous and it is the main component of hard porcelain together with petun-tze. Both of them, merged with water, create a dough which is then modeled is put in the oven to cook. At this point, the result is a white and bright product, compact and waterproof which is hard porcelain.

The word porcelain derives from the Portuguese term porsolana which is the name given to the Concha Venerea, a shell of the Eastern seas which, similar in brightness and strength, reminds of the actual porcelain.

Among the different types of porcelain produced in the East a very popular type was produced in Japan, at Arita in the peninsula of Hizen. The name of the harbor of Arita, starting point for the exportation of this product towards the Netherlands, was Imari.

The name of the type of decoration of the porcelain which invaded the East and which was very liked in the West during the 17th and the 18th century was born exactly from here. The Imari decoration represents motifs inspired by decorations for textures, especially in the tones of the red above the varnish and blue below the varnish and gold.

Plates, vases, potiches, cache-pots were decorated with plants, floral motifs, flower pots among Greek frets and reserves which often intersects them or again fantastic animals, dragons and Pho’s dogs or minimal landscapes with pagodas and rocks. Imari porcelain reached great prestige in the 17th century also thanks to the important contribution given by the ceramist Sakaida Kakiemon.

The popular decoration Kakiemon, with small flowers, used varnished colours above the varnish and was among the most sought-after porcelains and then imitated by the European manufactories in the 18th century.

The importance of the Imari porcelain became a fashion and a true competition to ownership by some of the most prestigious families. With these porcelains they decorated in “Oriental style” either corners, or consoles with big vases or simple fireplaces’ cassettes or centrepieces. The important work of the bronze-makers sided this market, since often the porcelains were mounted with handles, rims or bronze bases finely chiseled and the result were works of art of refined elegance.