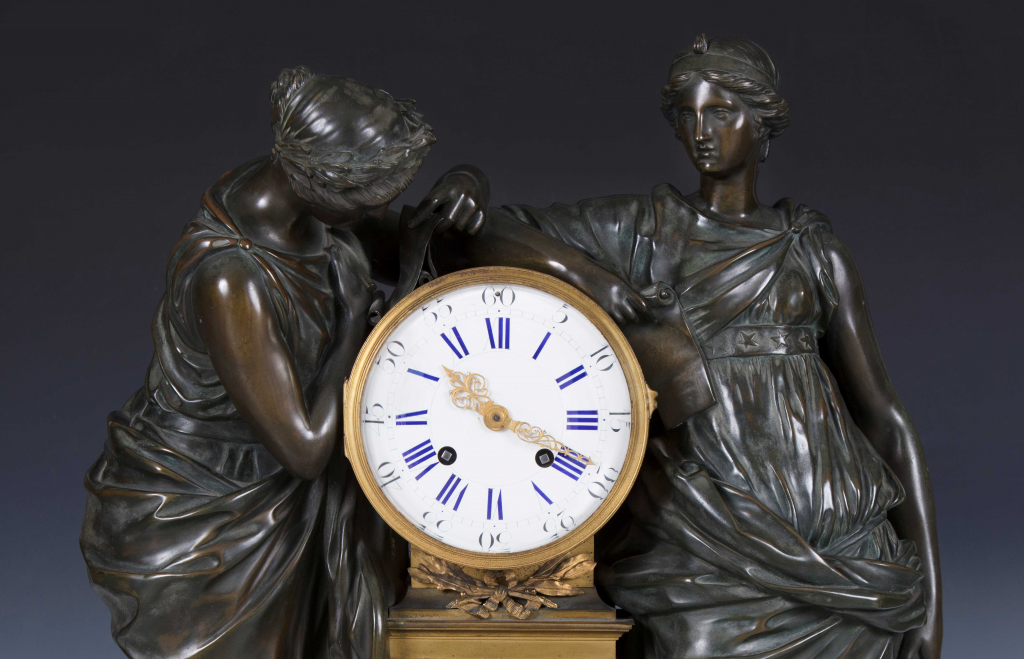 Table clocks between the 18th and the 19th century

The “tick tock” in the silence of a house

In the 21st century it is almost a cliché defining time as man’s true richness. Quick connections, fast movements, wishes immediately delivered after a click of who does not have, as a matter of fact, any more time to let himself be rocked in the silence rhythmed by a table clock. As a matter of fact, today, a table clock can be the purchase of a person with a refined culture that appreciates the ‘slowness’, décor, history and executive mastery. Man, constantly obsessed by time and its measurement, such as by the idea of keeping it by measuring it and attempting to understand the flux of the before and after, creating more and more elaborate and complex instruments. From the interesting measurement devices of the 16th and 17th centuries to the beautiful technical and artistic pieces of the 18th and 19th centuries.

The elegance of the table clocks

Time is measured with elegance between the 18th and 19th centuries. Consoles, commodes, fireplaces are the supports of sculptures and true mise-en-scenes of mythological episodes, allegoric figures, rustic groups, temples or small architectures where the quadrants and hands are just a small part of the ensemble. Table clocks from Neoclassicism to Impero, and again to Historicism, are, as a matter of fact, mainly refined golden or brown (or both) bronze sculptures, often assembled with marbles or parts in varnish or porcelain. After the half of the 18th century, the ‘rocaille’ taste for triumphs with volutes, title-blocks and wide acanthus leaves and locks in the golden bronze pendulum clocks, sometimes veneered in tortoise or painted wood, works of French and Swiss bronze-makers and watchmakers, enlightens step by step. These decorations leave space for Homeric characters, classical divinities resurrected by the excavations at Pompei of the half of the 18th century. Apollo and Psych, Venus with Cupid, Ceres on her chariot carried by lions, Bacchus raising his cup, Diana with quiver and dogs, the dancing Horas are the decorative repertories taken from Caylus’ Recueil d’antiquités, Giovanni Battista Piranesi and Giovanni Volpato’s engravings. Once again, the pieces of art of French watchmaking are the ones that inspire the most Italian and German bronze-makers: the bronze-makers and smelters Claude Galle and Pierre-Philippe Thomire above all. The pieces of art of the manufactory of Vienna and Switzerland are not missed but also the Italian ones amaze, it is enough to think about the creative genius of Francesco Manfredini who in the first years of the 19th century in Milan is the supplier of the Royal Napoleonic Court. Even in the campsites of Napoleon’s battles the Marshal, to be more precise the “pendule d’officier”, small travel clock, with its simple squared volume is an object of great refinement and today very sought-after on the market.