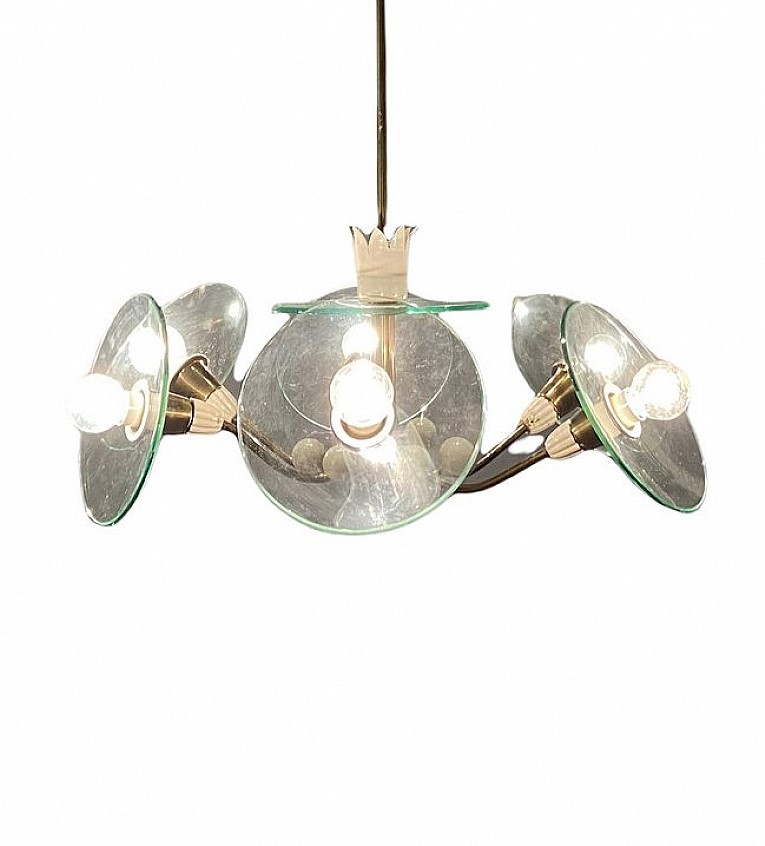 Pietro Chiesa was born into a wealthy Ticino family, his father was Swiss and his mother Italian. He is known for being an extremely innovative figure within the artistic panorama of the first half of the twentieth century, especially in the field of glass art.

Chiesa completed his studies at the Brera Academy of Fine Arts. In 1921 he opened his workshop for glass processing, after having spent a period of study and apprenticeship at Giannotti, a well-known glassmaker. During the early 1920s, he participated in the Monza and Venice Biennials, the Exposition des Arts Décoratifs in Paris and other international exhibitions.

In 1932 he was called by Gio Ponti, a well-known designer, to the direction of FontanaArte, where he remained until 1948. This will prove to be a period of extreme creativity for the artist, he designs over a thousand different objects including furniture, lamps, tables, stained glass windows and many other objects of art.

The objects of art of Pietro Chiesa

He seems to be a precursor of the times and his objects seem to take inspiration from extremely abstract and creative forms, at the same time supported by extreme skill and technique.

Some of his pieces are famous and still in production, such as the vase Cartoccio (1932) and the floor lamp Luminator (1933).

The style of the designer

The lines of Chiesa reflect an extremely abstract and modern style, the shapes at the same time are light and sensual. The revivalistic spirit of the 1920s wants to spread a new way of living, made of comfort and modernity and at the same time innovative and original design. Pietro Chiesa perfectly embodies this spirit.

In these years, the interiors are enriched with furnishing accessories such as mirrors, stained glass, eccentric chandeliers, ceramics, vases and complex blown glass lighting systems. Pietro Chiesa designs and creates these art objects with a sober and elegant language, an impeccable technique and a perfectly modern abstract taste.

In Pietro Chiesa are easily recognizable rigor in the use of metals, in particular brass and the technically flawless use of crystal. A distinctive feature is also his creativity, the Italian designer, together with Gio Ponti, gave life in the twenties, thirties and forties of the twentieth century to objects with an innovative design still in production today.