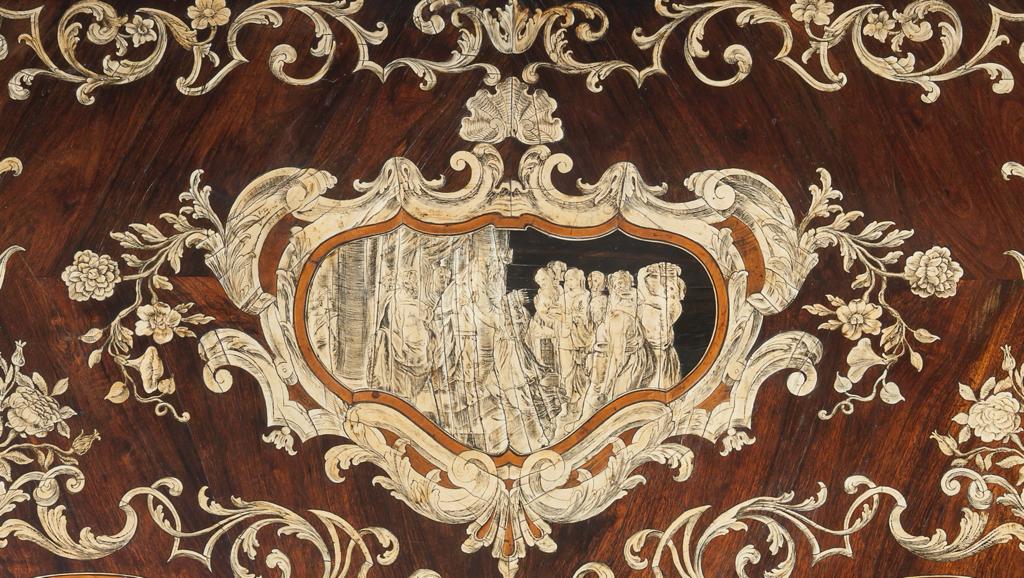 The origins of furniture in Piedmontese style

During Illuminism, furniture undergoes an important revision. Pieces of furniture become more elegant and refined but, at the same time, more functional. France is the first nation to realise these pieces of furniture, influencing later the European royal courts.

In Italy, new workshops of expert artisans were born which realised chests of drawers, trumeau, corner tables, wall mirrors and desks in style and refinement.

The refinement of Piedmontese furniture has its origins already from the “minusieri2, term of French origin. The minusieri were precise carpenters that distinguished themselves from simple carpenters. Beyond terminology, French refined techniques also influence the territory of Piedmont, thanks to the geographical closeness.

Among the most important artisans of Piedmontese furniture we remember Pietro Piffetti.

Pietro Piffetti was born in Turin in 1701, after a period of apprenticeship in Rome, he goes back to his natal city where he is soon nominated as the first cabinet-maker at the court of King Charles Emmanuel III. Piffetti distinguishes himself for a unique and inimitable style. He creates furniture with inlay-works in precious wood, ivory, tortoise and mother-of-pearl.

His works are stored at the Museum Accorsi-Ometto and at the Civic Museum of Antique Art of Turin. Piffetti also dedicated to sacred art realising the Paliotto, a work of art in decorative style of the major altar of the Church of St Filippo Neri, once again in his natal city.

The expert artisan will be considered until his death the most popular ebonist of Sabaudia of the epoch.

Towards the half of the 18th century, Italy sees a certain rationalization of furniture, substituted later to a style more appropriate to the one of Louis XV during the Rococò period. In this period, the Savoia favoured the birth of a new fashion and a new style.

One of the interpreters of this new tendency is the architect Juvarra. Filippo Juvarra works for a long period in Turin, actually at the court of Sabaudia.

His style is characterised by a wise balance between the plastic and prospective effects. He perfectly manages to merge the environment with the architectural and urbanistic shapes. He recognises the remarkable debt towards the popular Bernini and Borromini.

Piedmontese furniture thus begins to differentiate from furniture realised in other Italian courts. The distinctive traits are undoubtedly elegance and sobriety, in contradiction, for instance, to Venetian furniture characterised by flair and ostentation.

Through the streets and monuments of Turin, today, it is easy to encounter furniture of this epoch in ancient churches, museums, and public historic buildings, mainly in the many residences of the Savoia in Piedmont and particularly in Turin.