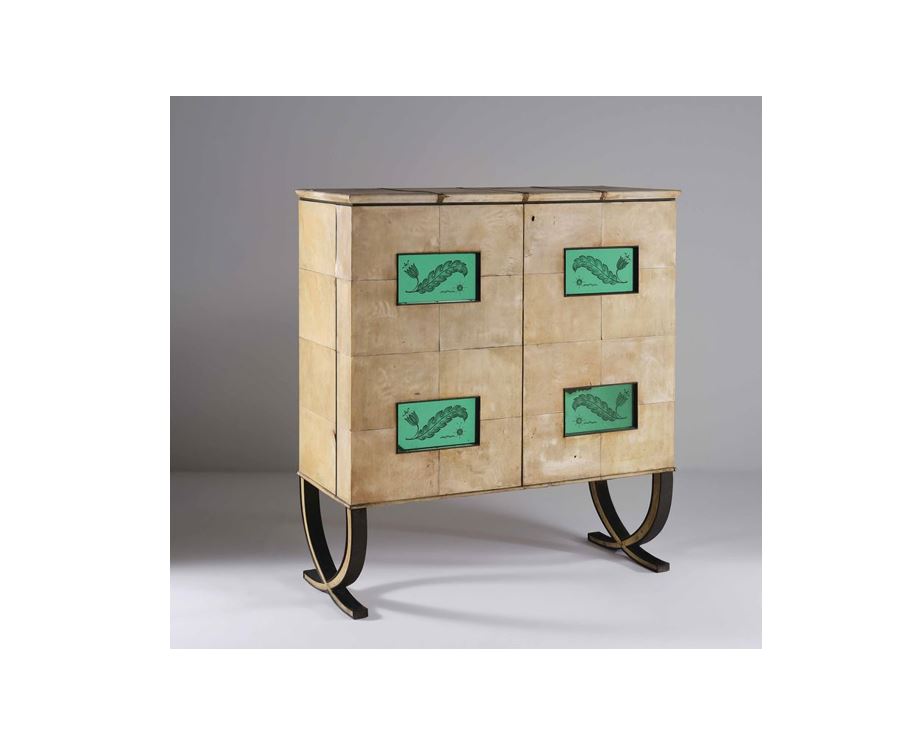 Paolo Buffa is a well-known architect and designer active between the ’30s and ’60s of the twentieth century. He is particularly famous for his furnishings, a fusion of neoclassical style and modernist principles.

The designer was born and grew up in Milan, studying architecture at the Polytechnic of the city, where he graduated in 1927. Then, in 1928, he founded a design studio with Antonio Cassi Rimelli, known thanks to Gio Ponti and Emilio Lancia.

The two designers debuted in 1930 with a dining room installation at the Triennale in Milan. In the following years, Paolo Buffa founded his studio. Buffa’s design works are designed and made for the upper classes of Milan, in fact, are made with very fine materials and of the highest quality.

Buffa uses precious wood and he is impeccable in execution. Another distinctive feature is the recurrent presence of thin grooves and brass ornaments.

The architect and designer is known above all for having included modern techniques in neoclassical furnishings, a revolutionary act for the early forties! He made a real growth under the banner of modernity, starting from neoclassical furniture with complex decorations, the designer came to design and draw pieces of furniture with essential lines.

His pieces are mostly unique pieces, based on the requests of the individual patrons of the rich Milanese bourgeoisie. His most lasting collaboration is with the Milanese furniture manufacturer Quarti.

Paolo Buffa is not only dedicated to furniture, but also to architecture and the realization of various projects, including yachts, villas, hotels and much more.