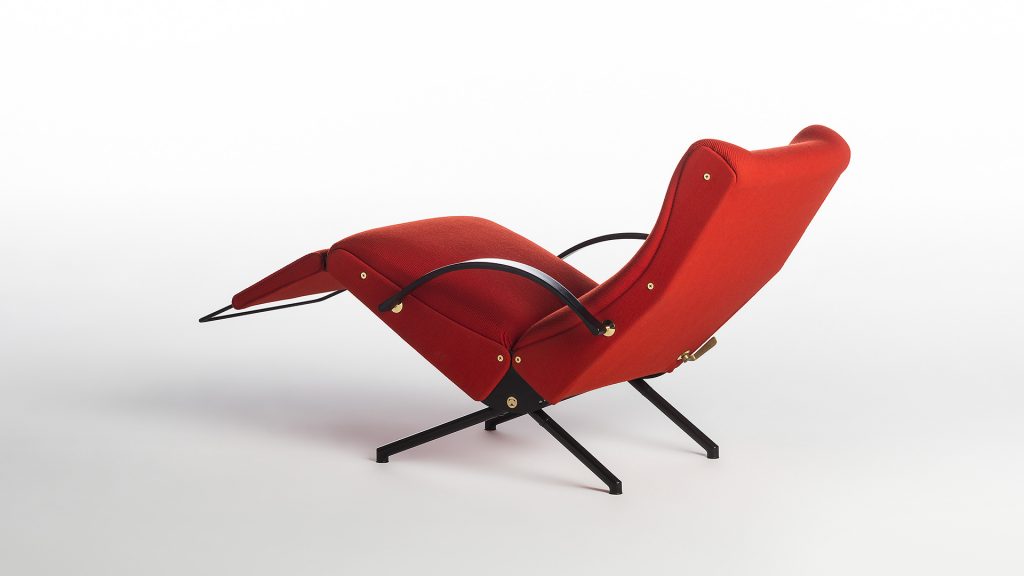 Up to the 16th of September, at Milan’s Triennial, it will be possible to visit the first complete retrospective on Osvaldo Borsani’s work (1911 – 1985). The collaboration between the Triennial Design Museum, the Osvaldo Borsani Archive and the curatorship of Norman Foster and Tommaso Fantoni gave birth to a splendid itinerary that clearly traces not only the artistic evolution of Borsani but also the transformation of taste in the Italy of the antebellum period until the 80s.

THE FORMATION AND THE FIRST PROJECTS OF OSVALDO BORSANI

After all, the figure of Osvaldo Borsani is polyhedral: architect, artist, designer and entrepreneur who among the firsts, as a matter of fact, understand that important union between art and industry thanks to which “design”, that is the pleasant united with the useful.it is curious to think that the term “design” was seen with suspect by Borsani already in 1973 (interview released to the journal Ottagono) since it had been abused or used in an inappropriate way, while in reality we believe that exactly in its primitive meaning the term “design” is so finely represented by Borsani.

The exhibition develops through 300 pieces which include furniture, lamps, drawings, archive documents, drafts that highlight his creativity and entrepreneur job starting from the Atelier of Varedo to the production of Tecno.

The young Osvaldo Borsani receives the first artistic and productive education at the family business in Varedo where at the time the designer architect Maggioni had taken a surge of novelty from Vienna with Jugenstil spirit. The formation carries on at the Academy of Fine Arts in Milan and then at the Polytechnic university of Milan where he graduates in architecture in 1937. These are the years in which Gropius, Sant’Elia and Mendelssohn influence his works more than others. His lucidity and foresight and the intuition that the artisan should blend with the inspiration and Avant-guard of the artists of the epoch, took him, since from the first projects, to ask great artists such as Lucio Fontana, Fausto Melotti, Adriano Spilimbergo, Agenore Fabbri, Roberto Crippa, Gio Pomodoro, Aligi Sassu, Andrea Cascella to intervene. Specifically, the collaboration with Fontana will give life to splendid creations: from metal or ceramic handles for commodes or credenza, to table countertops and again to amazing light installations for the roof.

He was not only a designer and architect but also a great entrepreneur, and at the beginning of the 50s he realises the necessity of rethinking a new way of producing in line with the new massive needs of the market of the economic boom. Therefore, in 1953, he founds with his brother Fulgenzio the company Tecno, a term born from the Greek word “techne” which encloses in itself both the meaning of art and that of technique. New ideas are born and a new way of thinking furniture, more dynamic, with a functionality adequate to the new concept of home and lifestyle. The armchair P40 or the couch D70 are examples. The innovation continues and through the 70s Borsani founds the Centro Progetti Tecno, constituted by a team that translates the intuitions in realised products passing through projects, drafts, productive systems, marketing and distribution in a perfectly lined symbiosis with the requests of the time.

Concluding, it is an event that moves for the artistic and entrepreneur genius, continuously pulled towards the innovation keeping beauty as a reference point, a sum of successful projects which made the history of Italian design.