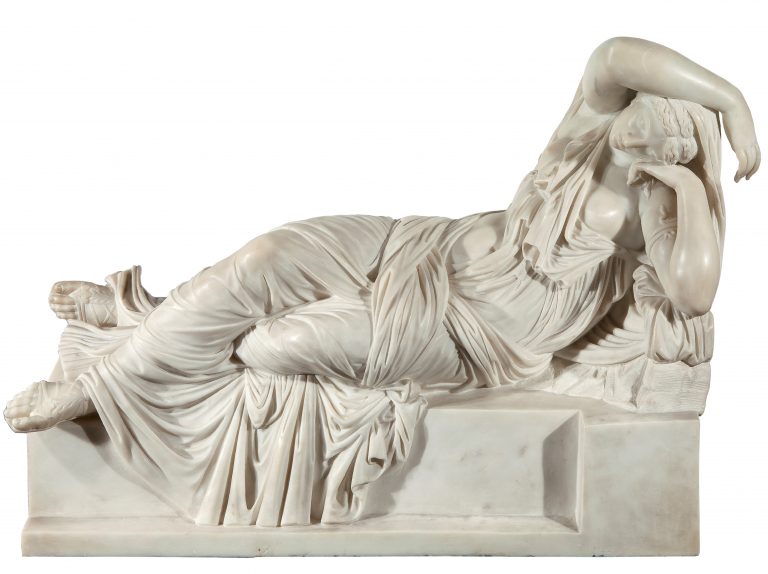 The marble in history

Marble, one of the oldest stones, has been appreciated since ancient times. Its name means “shining stone”, a name due to its shiny appearance that leaves enchanted by the Greeks to the Romans, up to the people of Mesopotamia. It’s a material that can have streaks of different colors, each marble slab is unique thanks to its unique visual appearance.

Thousands of years ago, the civilizations of Ancient Egypt and Mesopotamia found in marble an ideal stone to support the buildings, such as the huge religious temples. The most important buildings in history were built in marble, just mention the Pantheon of Rome and the Parthenon of Athens.

The white marble, more refined and homogeneous, was extracted mainly in the quarries in Carrara, which was the center of the marble trade since the time of the Roman Empire. The colored marbles were mostly imported from Egypt, Tunisia, and Persia.

Marble in the sculpture

Marble has always been used both in the building industry and in furniture. Marble walls, vases, centerpieces, and especially sculptures! Marble is, in fact, the most used material in sculpture and many artists including Michelangelo, Donatello, Bernini and Canova have chosen it for their most important works.

It is a relatively soft material and therefore easy to work with. Among the various types of marble, the most appreciated in the sculpture are the white ones, more pure and resistant. The colored marble is ideal for decorations thanks to the various shades of grain.

Brief notes on the technique

The job of the quarrymen was risky, the marble, heavy and majestic, was very difficult to extract. The stone was cut by hand trying to exploit the natural veins, to do so they used wedges that were inserted into the cracks that were created. Before detaching from the mountain the rock was freed from the surface layer, unusable.

During the eighteenth century, the explosive was used for the excavation of the rock, this technique takes the name of “varata“. The varata consisted of a very dangerous technique, falling at high speed the rock raised a cloud of great white dust.

During the nineteenth century, the helical wire, a wire steel, was used to cut the marble. Today the extraction is a less dangerous and tiring process thanks to the use of diamond wire, which cuts the blocks at a speed impossible to match with other materials.

Sale and purchase of marble sculptures

Antichità Giglio is in Milan a reference point in the evaluation, purchase and sale of ancient and modern sculptures both for Italian and international collectors. Our staff will accompany you step by step in the evaluation and sales process with the utmost professionalism and availability.

We are interested in buying marble sculptures. To sell sculptures in your possession send us photos via Whatsapp at 335 63.79.151 or by e-mail at info@antichitagiglio.it. For any information please contact us at 02 29.40.31.46.