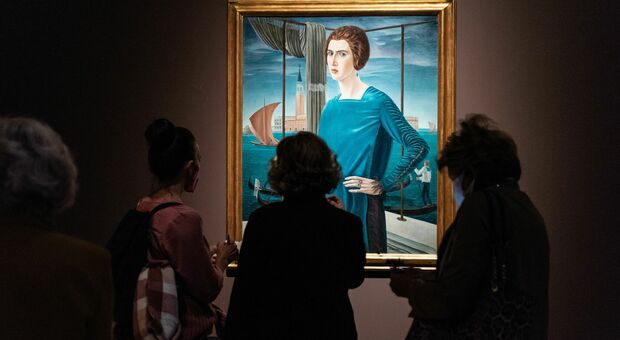 Magic realism is an expression coined by the German Franz Roh in 1925. With this term, the critic intended to indicate the objects that, while being part of our everyday reality, can appear at the same time fantastic and extraordinary to the artist’s gaze. The adjective magic, therefore, does not refer properly to reality in itself, but to the gaze of those who contemplate it.

In a particular way for painters, therefore, the reality is only apparently simple, but in reality, it can become alienating. However, it is not a well-organized artistic current with a clear manifesto, it is rather a particular way of perceiving and of feeling the everyday.

The tendency is to oppose the tensions of futurist dynamism and the deformations of expressionism. Magic realism takes its cue from the typical classicism of the Italian Renaissance of the fourteenth and fifteenth centuries. The artist’s ultimate aim is to discover the magic of everyday life, looking at it with an innocent and childish attitude.

The results are characters and situations characterized by an engrossed realism and an alienating effect, almost disturbing.

Magic realism and its exponents

In Italy, magic realism emerged in the 1920s along with the emergence of the magazine Valori Plastici with Mario Broglio. Among the greatest exponents of Italian magic realism we remember Giorgio De Chirico, Carlo Carrà, Felice Casorati, Ubaldo Oppi, Cagnaccio di San Pietro and Antonio Donghi.

These artists mainly refer to the fifteenth-century art of Masaccio, Mantegna and Piero della Francesca and are strongly opposed to the avant-garde trends of the early century, such as Futurism, Expressionism, Cubism and Surrealism.

Beyond the national border, among the great artists of this trend, we cannot fail to mention the Mexican Frida Khalo, the American Paul Cadmus and Edward Hopper and the Dutch Dick Ket.

The exhibition at Palazzo Reale – active from 19 October to 27 February 2022 – intends to present in an exhaustive way the artistic movement of Magic Realism in Italy. There are also references to the European artistic scene.

The project includes about eighty works, the most important and characteristic of this artistic current. The aim is to enhance Italian art thanks to the precious contribution of historical texts by Emilio Bertonati, one of the first scholars of the movement.