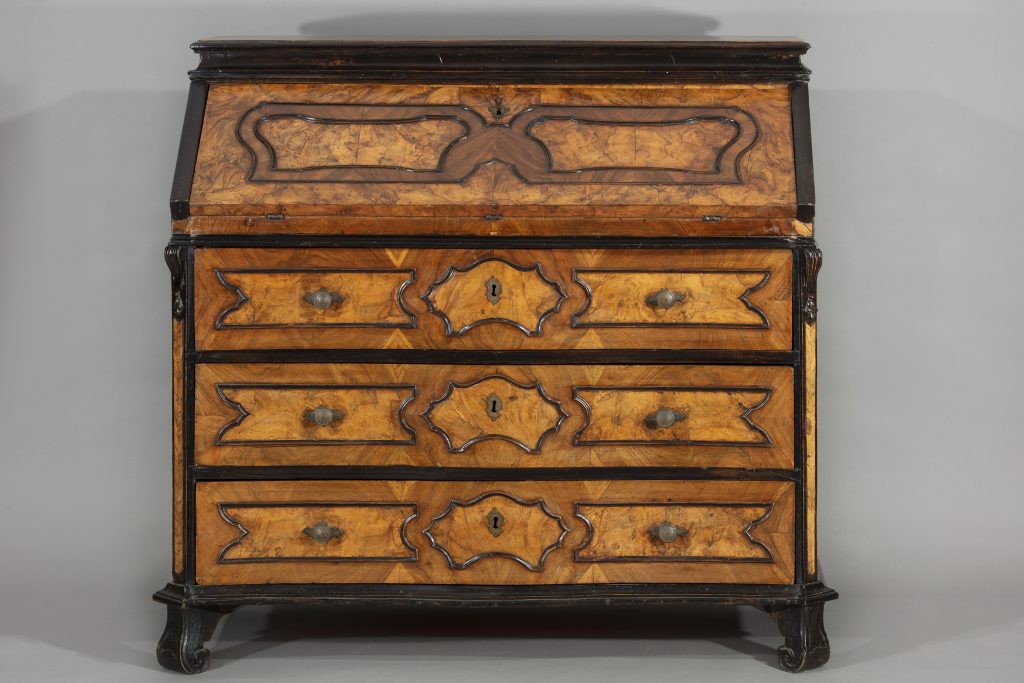 Lombard furniture between the 17th and 18th century

The strength of Lombard people

It can be said that Lombard furniture, starting from the 15th century until the half of the 18th century, follows the character of its artisans and customers. We are dealing with, as a matter of fact, furniture of simple construction, not very showy both in the shapes and decorations, which reminds more to a sense of stability than light frivolousness.

After all, history reminds us that the Lombard region has been under foreign dominance, Milan did not have the strength of the commercial relations on the sea and not even of a court which promoted arts, at least not with the historical and strong continuity that the other dukedoms had.

These elements are important to justify the austerity, lack of excesses and tendency to the efficiency of the Lombard furniture and its customers.

Lombard chest of drawers and commodes

In the 17th century, the chest of drawers and commodes had very austere and bulky and slowly develop with some movement on the front until the half of the 18th century. They are squared pieces of furniture with few decorations that re-elaborate 16th century tradition with half pillars with putti or feral feet.

The inlay work in boxwood or ivory draws light volutes or very thin geometric motifs. In the area of Bergamo, the piece of furniture with decorations which represent animals or plants made with the pyrograph is typical, however, more precious pieces of furniture scenes reclaimed by engravings are represented.

In the first half of the 18th century the first decorations with frames in ebonized wood start to appear, an element that characterised them in an unequivocal way. Panels in briarroot firstly quadrangular and later dovetail shaped and then with title-blocks are enclosed in frames to create movement and décor.

The usage of the wardrobe is very frequent and the beautiful works of true artist sculptors such as the Fantonis and the Canianas, families of cabinetmakers who left wonderful inlay works, are very popular. Wardrobes normally have two doors and half pillars on the sides, sculpted with putti and cascades of fruits and drapes.

The tables called “monk’s table” or “lyre-shaped” are more usual and, sometimes, two half-moon shaped consoles in a couple make a single table. The big seats from the 17th century have the classical straight backrest, sometimes with two panels decorated by engraved volutes, sometimes with panels of fabric worked with skin and the classic flame-shaped end on the struts.

The armrests from straight become moulded step by step but always ending in wide locks often in the shape of acanthus leaves. The kneeling-stool of domestic use follows the same path of the commodes. From being very simple with few geometric inlaid decorations, they are later enriched with elements made with the pyrographer, thin ivory inlay work, until reaching the popular ebonized frames. In the more peculiar ones, you can find “secrets” inside the predella or the countertop or small ingenious lock systems.

These shapes become lighter and the decorations more affected thanks to the influence of France and Austria and Lombardy becomes part of, even if in a marginal way, the European Rococò panorama. After all, the borders with the Rococò in Veneto and in Venice, with the Savoy court in Piedmont and with the Baroque in Genova can only soften Lombard austerity from the half of the 18th century onwards.