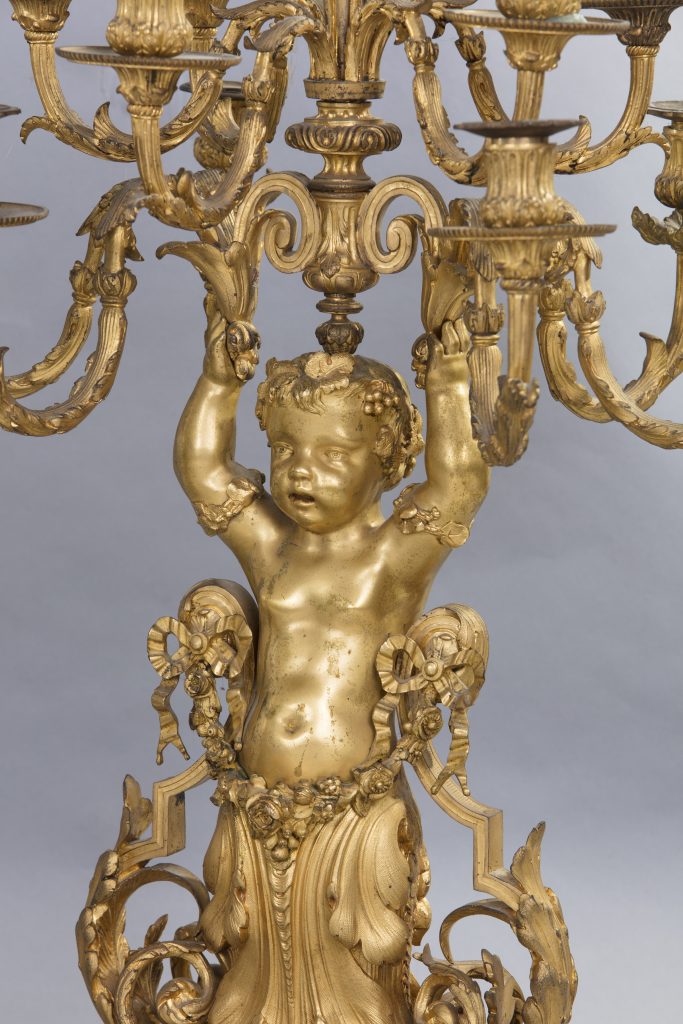 Objects in bronze, from sculptures to decorative elements, enjoyed a great success for the entire 19th century. After the Impero style, we witness a transformation of the taste and decorations following a new interpretation of the style of the past. Specifically, in France, in the Restoration period, with the rediscovery of medieval and renaissance art, we assist at a new aesthetics which expresses itself with the representation of mythological, literary or popular themes reclaimed by the past epochs. After the 30s of the 19th century, the pieces in bronze are object of the desire of a growing public constituted by the new middle class. Getting inspired by the palaces of the nobles, the new clients associate medieval themes and themes of the Renaissance translated into pendula, candlesticks, appliques and friezes next to pieces of furniture with linear shapes and bright couloured tapestry. Characters from the Medieval history or mythology are thus proposed while framed in heroic acts within ogives, small pillars and pinnacles of gothic taste. Otherwise, candlesticks with figures of winged virgins next to column-shaped trunks or basins with Neo-Renaissance plates chiselled in an admirable way with mythological scenes or in the Cellini’s style. This is what can be found in the pieces of the most excellent artists of bronze in the epoch: in France, for instance, Jean-Jacques Feuchère and Raymond Gayard or Gilbert-Honorè Chaumont. In Italy, the French influence led to the revival of the most important centres for the manufacture of bronze, Milan, Turin, Florence, Rome and Naples. Milan, for instance, was the headquarter of renowned workshops such as, for example, those of the Manfredini’s brother or the Strazza and Thomas industry, Pandiani, Giovanni Bellezza.