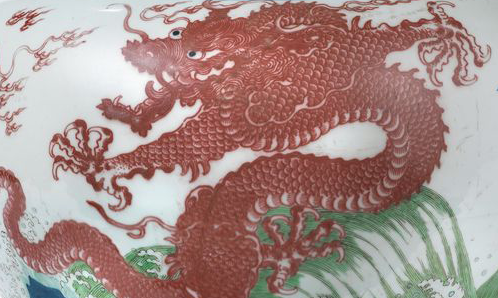 Market and history of Chinese Ceramics

The market of Chinese ceramics attracts more and more collectors and investors. The most popular ceramics are those that are antique, imperial and rare, required both by the Western market and the Eastern market.

Chinese ceramics vases became over the centuries real works of art whose value increasingly grows with the passing of the years! The valuation of an artwork is undoubtedly a process of careful analysis that requires the expert eyes’ intervention. The main criteria needed for the valuation are various, among them for instance, the era, the style, the state of preservation and the origin.

Chinese ceramics enjoy a very long tradition. The invention of ceramics dates back to 5,000-2,000 B.C. and, from this moment onwards, ancient Chinese began to successfully produce various types of ceramics. However, it is only with the Han Dynasty, between 206 B.C. and 220 A.C., that China enters a real era of production of objects fired at high temperatures and manufactured in kaolin.

With the Six Dynasties, between 616 and 906 A.C., a new way of performing the modeling was invented. This allows the introduction of decorative details. Moreover, the quality of the Celadon, precisely a type of ceramics, improves enormously resembling a proto-porcelain. The production of the Celadon undoubtedly marks a significant step as far as the production of Chinese ceramics is concerned.

The prosperous Tang Dynasty and the “golden era”

The real turning point is named after the Tang Dynasty. Between 618 and 907 A.C., the Tang Dynasty reigns in China marking a very prosperous period, also known as the “golden age”. In this period China experiences a dynamic expansion which leads to the development of the Silk Road. Therefore, ceramic art also knows an enormous exportation in far-away territories such as Egypt and even Kenya!

During this period new ceramics appear, as for instance xing and sancai. Respectively, in the first case, it regards a kind of  almost porcelain, very fine and transparent, instead in the second case it is a polychromatic ceramic, in three colours or more.

The simple elegance of the Song ceramics

The ceramics produced in the period between 969 and 1279 A.C. are characterized by a “classical” delicacy, which is the result of elegant and unpretentious forms. In fact, as opposed to the coloured world of the Tang Dynasty, the Song Dynasty favours a refined and almost totally monochromatic aesthetics. The northern Celadon, with its typical olive green colour, becomes really famous.

Towards the end of the Yuan Dynasty (1280-1367 A.C.) develops the production of white and cobalt blue vases. The cobalt blue was imported by the Mongol Empire in the Middle East. However, it is with the Ming Dynasty (1368-1643 A.C.) that China experiences a real “golden age” as far as the “white and blue” porcelain is concerned.

Such a development is the consequence of the presence of cobalt in the Chinese territory, a blue that was a little less pure, therefore potters mix it with the imported ones. Towards the end of the reign of the Ming Dynasty, the production of “white and blue” ceramic increasingly intensifies reaching far-away territories as Iran, Indonesia, Japan and even Europe.

The enhancement of the Qing Dynasty

Under the Qing Dynasty, between 1644 and 1911 A.C., the techniques become more and more elaborate and the ceramics production considerably grows, as grows the variety of different styles of ceramics. It is once again with the Qing Dynasty that the direct trade with the European territories develops. This causes the production of new forms and motifs which necessarily is the answer to the growing foreign demand.