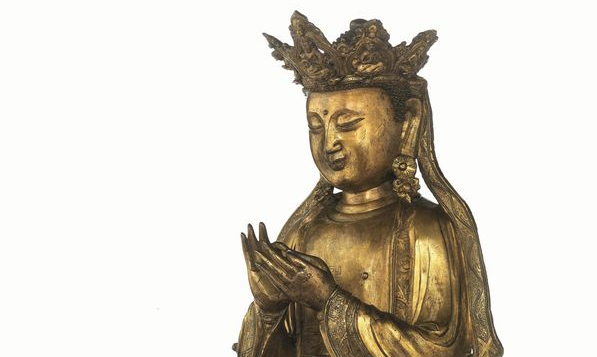 Chinese bronzes have a pivotal role as far as Chinese civility and art are concerned. Found in different qualities and quantities, they range from golden buckles to large basins used for cooking meat. Furthermore, some objects exclusively have a utilitarian function, others consist of splendid pieces whose use is purely decorative.

The Bronze Age in China extends between 2000 B.C. and 500 B.C. Initially, bronze objects were forged almost exclusively at the royal courts and they were therefore linked to political and religious values. They were created for the richest social classes and they were soon associated with a symbol of power and wealth.

The origin of the art of bronze

The art of bronze develops around the Yellow River, where the Chinese settled. Already during the Xia dynasty (2.500-1765 B.C.) the Chinese began to forge and melt copper.

They imported the fusion techniques from neighbouring people, such as Ordos nomads, the Siberian Altaians, the Iranians, the Egyptians and especially the “shamans”. In fact, the world of Chinese bronzes is made up of history and religion as well as witchcraft and terror.

After receiving and adopting knowledge and tools, the Chinese develop the techniques of casting using molds and lost wax casting. Already during the Shang dynasty, between the sixteenth and eleventh centuries BC, the techniques had reached perfection.

Chinese bronzes were very precious objects, surrounded by an aura of mystery and sacredness. They were used for sacred rites, which included rites of both animals and people. In addition, they were also used for solemn ceremonies and large feasts. They were exhibited in temples and houses in honor of the deceased and ancestors.

Undoubtedly, Chinese bronzes were also used for weapons of war. Other applications are found in musical instruments, especially dear to the Shang dynasty and for the production of bells or objects of use such as mirrors, knives, lamps and buckles.

The valuation of a Chinese bronze undoubtedly involves a process of careful analysis that requires the intervention of an expert. The main criteria of judgment are many, including the era, the state of conservation and style. Unfortunately, as far as bronzes are concerned, there are no scientific means of dating them.

It is therefore possible to rely only on some clues such as the origin or the place of discovery of the object in question, which are however only indicative. Some types of fusion can connote the epoch of the object.

The inscriptions obtained at the time of the merger, in particular their handwriting, are also important.

The most famous forms of bronzes

Among the various and most famous forms of the bronzes, we can recall the ding, one of the most famous bronzes of the Shang era. It could be round with three feet or rectangular with four feet and it served to cook meat. Also, the dimensions could be various and ranged from a few centimeters to more than a meter.

The jue instead was a typical container used to contain wine or other alcoholic beverages used during the sacred rites.